The Board of Trustees of the Calvary Cemetery Association is pleased to announce the recipient of the annual God and Country scholarship is University of Dayton sophomore Nicholas Riboni. The scholarship is awarded annually to a student who is a military veteran, a current member of the armed services, or a family member of a veteran. Nicholas’ father is a veteran of the US Navy.

The award was presented at the UD Men’s basketball game against Duquesne on February 2nd. Rick Meade and Chuck Kohnen presented Nicholas with the scholarship during a second half timeout.  Calvary Cemetery would like to thank all military members, and their families, for the sacrifices they have made on behalf of our nation. 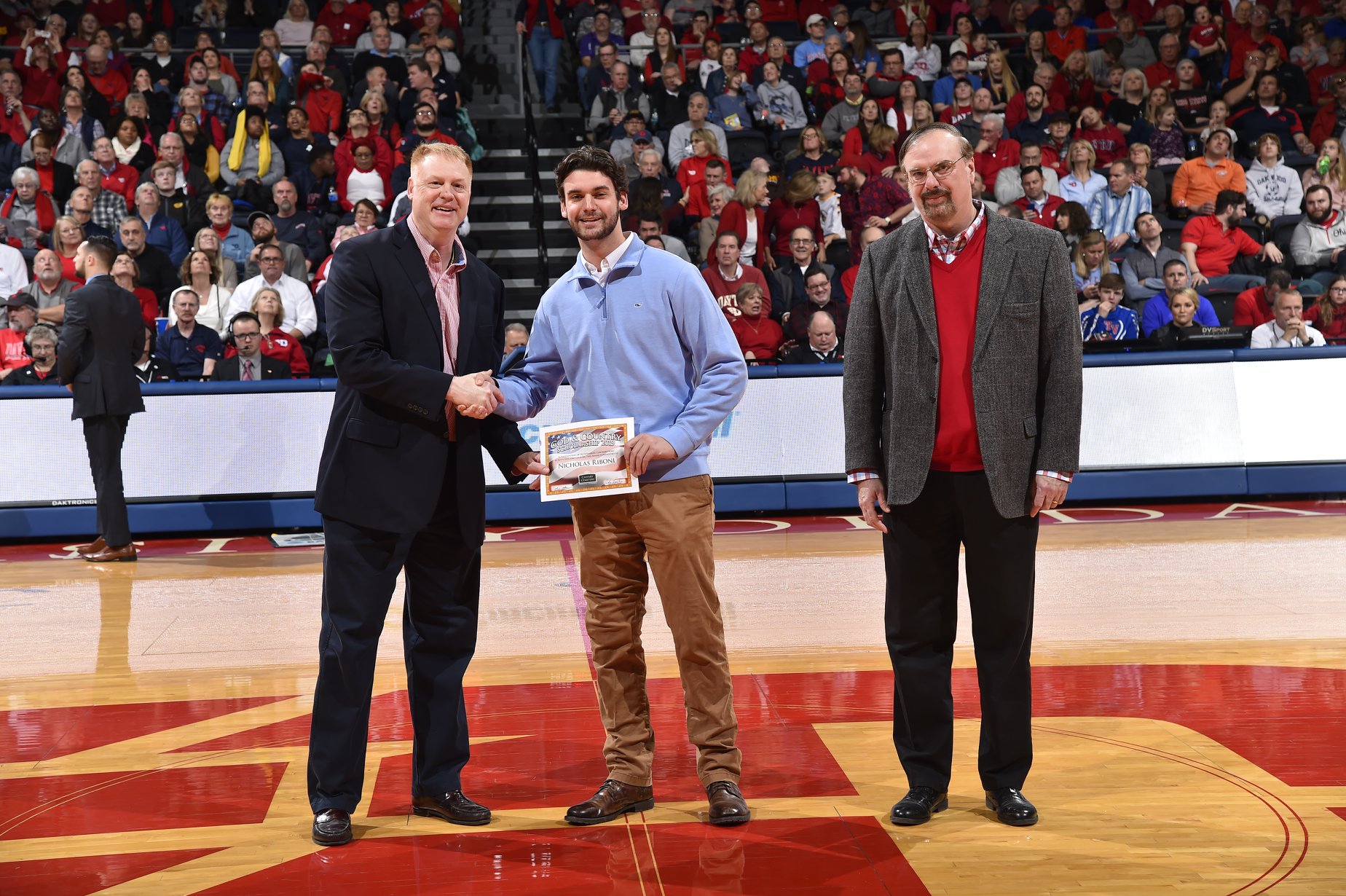