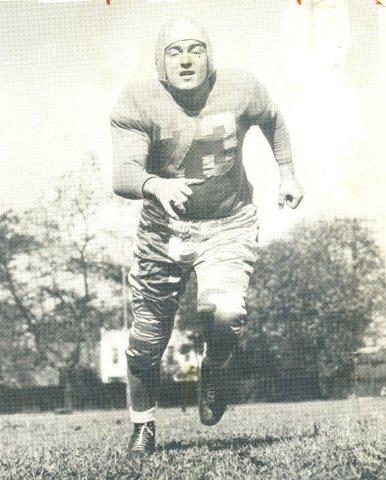 Tony Furst graduated from Chaminade High School and played four years of Flyer football from 1936 to 1940 under Head Coach Harry Baujan. He played defensive back for the Flyers and earned three letters.

Furst graduated in 1940 and went to play for the Detroit Lions. He starred at tackle in 1940 and 1941, blocking for Byron “Whizzer” White. Furst served in the U.S. Army in the Pacific during World War II, returning to play one more season in Detroit.

Furst came home to Dayton to found Furst Florist, which his family still runs today. Furst passed away in September 2009 at the age of 91.

You can visit Tony’s gravesite located in section 3 Lot 21.