Celebrating the Lifetime of UD Hall of Famer Louis Tschudi 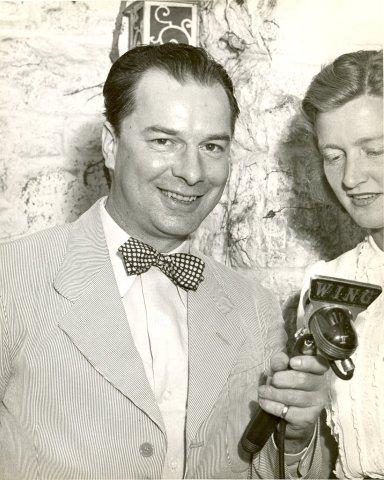 Lou Tschudi made his mark at UD in the athletic world for 14 years. He came to UD in 1932 and began playing football, basketball, and baseball. By his junior year he became the freshman football coach and his senior year he became the basketball coach, passed down from Harry Baujan. That year he led the Flyers to a 9-7 record and was 4-0 in the Ohio conference. That was the team’s first winning season since the 1927-1928 season. In all of his years of coaching at UD he had a 42% winning percentage.

Lou stayed at UD for 10 years after he graduated to coach. After he left UD he joined the Air Force and retired in 1966. He retired with the rank of Lt. Colonel. Lou passed away in March 1975 of cancer.

You can visit Lou’s gravesite located at section 28, Lot 117.