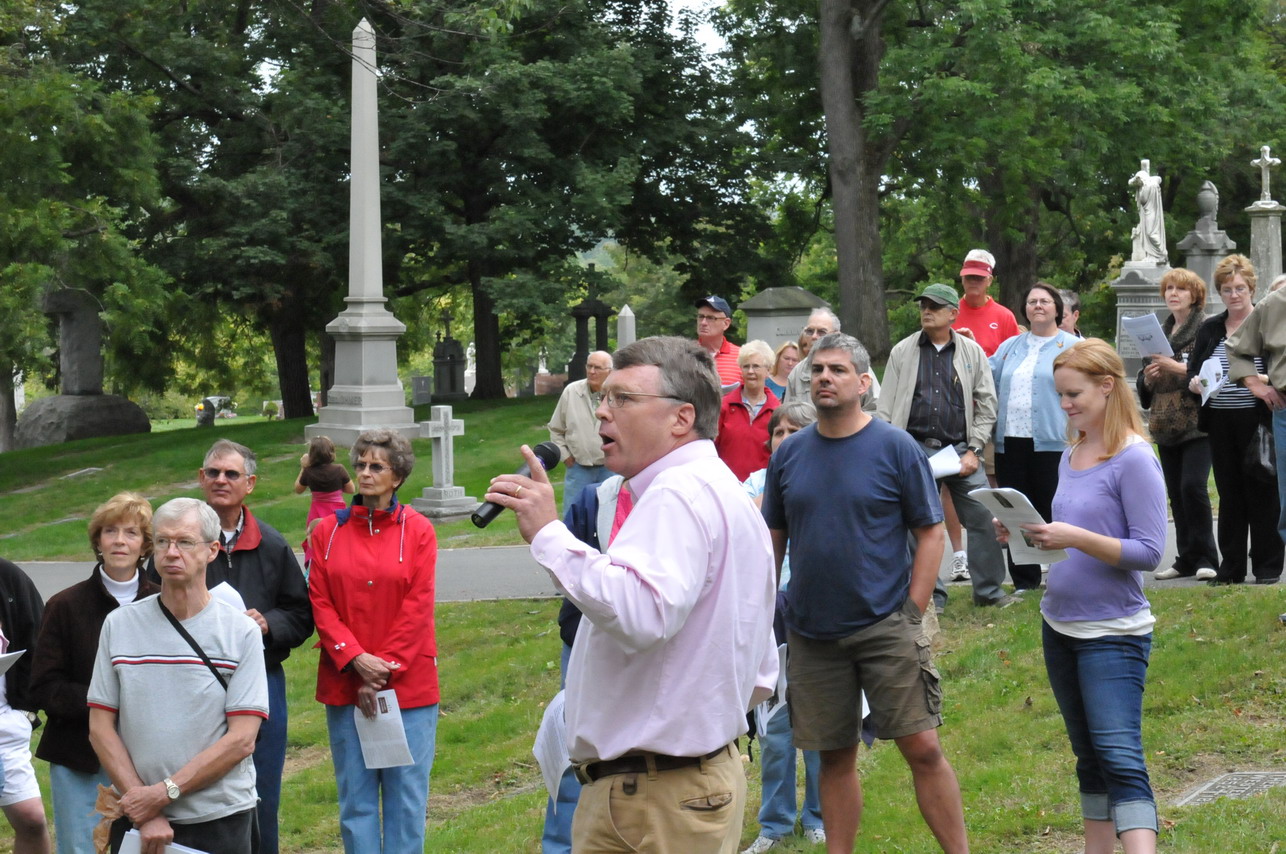 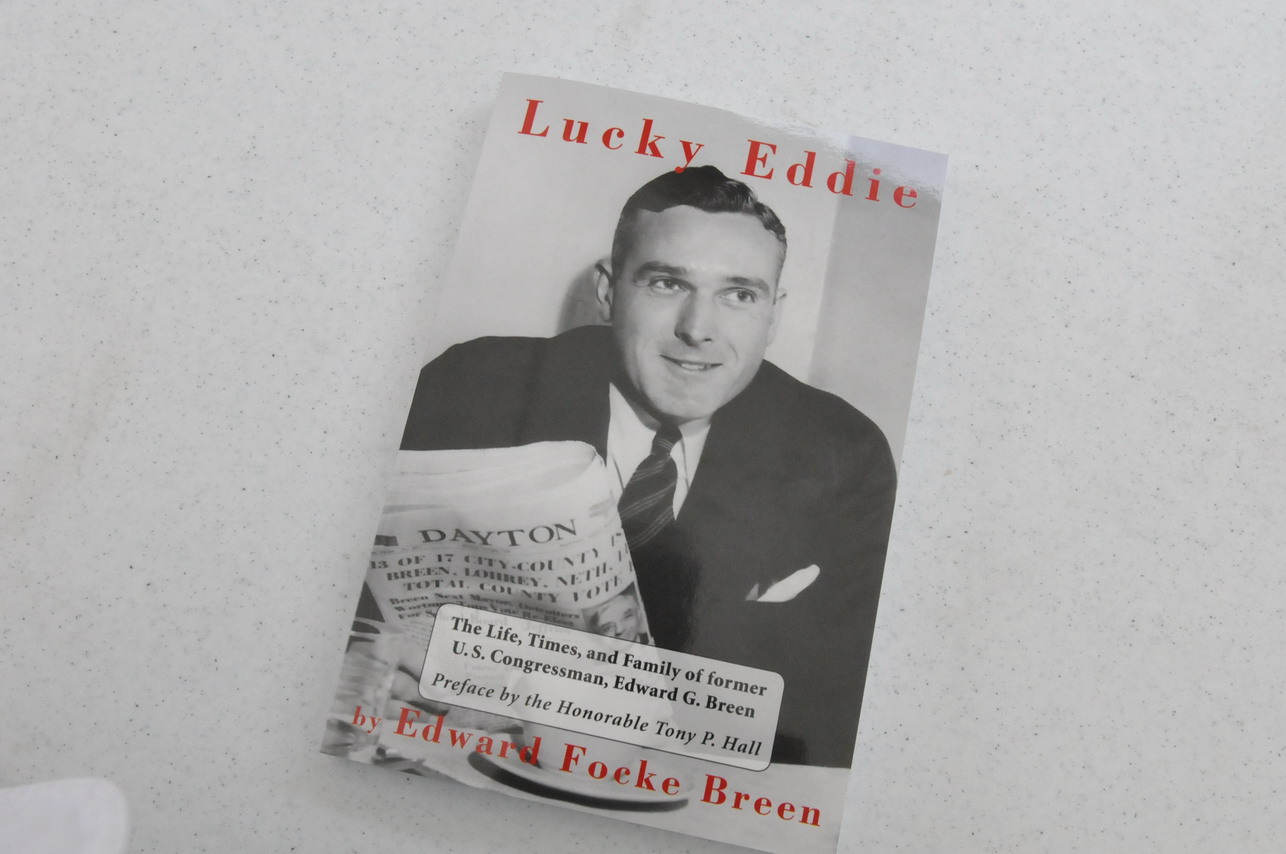 Blessed with two beautiful weekends in a row, Ed Breen led Calvary’s Fall Tour Groups with entertaining and enlightening stories about the lives and times of early 20th century Daytonians. He told the story of how John Ohmer and John Breen, inventors and manufacturers of the Taxi Meter, had originally planned to be passengers on the maiden voyage of the Titanic, but changed their minds at the last minute to continue their successful sales trip through Europe.

He told the story of Maurice Breen smuggling runaway slaves in his dray wagon carrying heavy metal parts for railway construction in Xenia and Yellow Springs.

He told the story of Bernadina Focke and her sons setting up a card table in the Arcade to sell meat, and that business growing into a successful meat packing business that lasted until 1972.

He shared details of how his aunt Mary Lousie Breen spied for FDR in France and Germany in World War II, and his father “Lucky Eddie” Breen, went from managing the Biltmore Hotel to becoming a war hero, and then a Mayor of Dayton and eventually a congressman.

The last story of the tour was about Marie Berno Focke, his aunt on his mother’s side, who sang and danced with Fred Astaire on Broadway in the 20’s and then was brought to Dayton by her husband Elmer Focke. For more stories like this, you can buy a copy of Ed’s book, “Luckie Eddie” at www.thelocalhistorycompany.com.