On Saturday, August 17, 2013, the Funeral Mass for Constance Focke Breen was celebrated at 10:00 in the morning on the lawn outside Calvary Cemetery’s St. Henry Chapel. A beautiful sunny morning welcomed over 200 friends and family to the Service.

The Mass for Mrs. Breen was concelebrated by three of her dear friends, Fr. Joseph Goetz, Father Bert Buby and Father Johann Roten. Her fellow Knights and Ladies of the Holy Sepulcher attended in the ancient robes of the Order. The group prayed, sang, received Holy Communion and then retired to the NCR Country Club for breakfast and fellowship.

Mrs. Breen’s ashes were buried next to her husband, Edward G. Breen. Mr. Breen was Mayor of Dayton and a United States Congressman.

The drive at Calvary was lined with a parade of US Flags to honor the Breen family’s contribution to our Country. 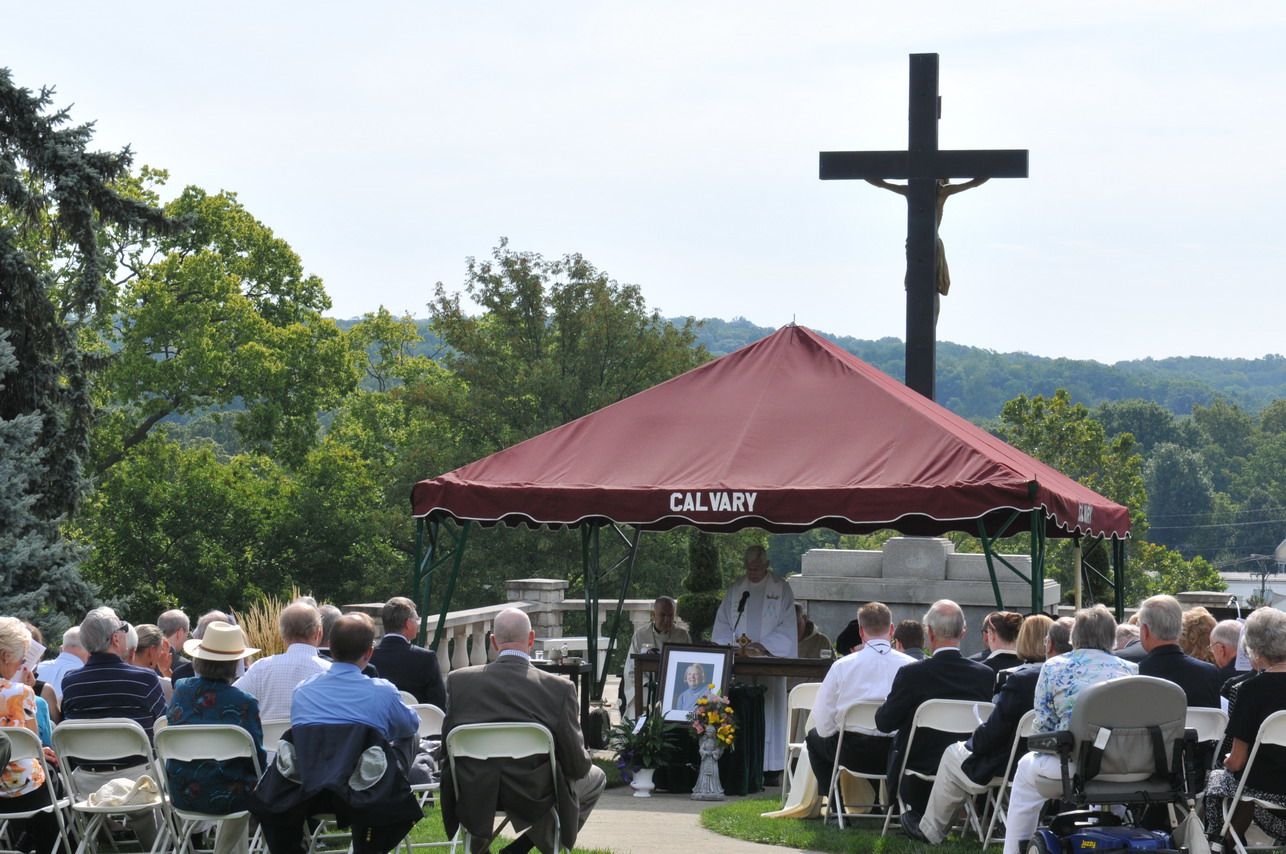 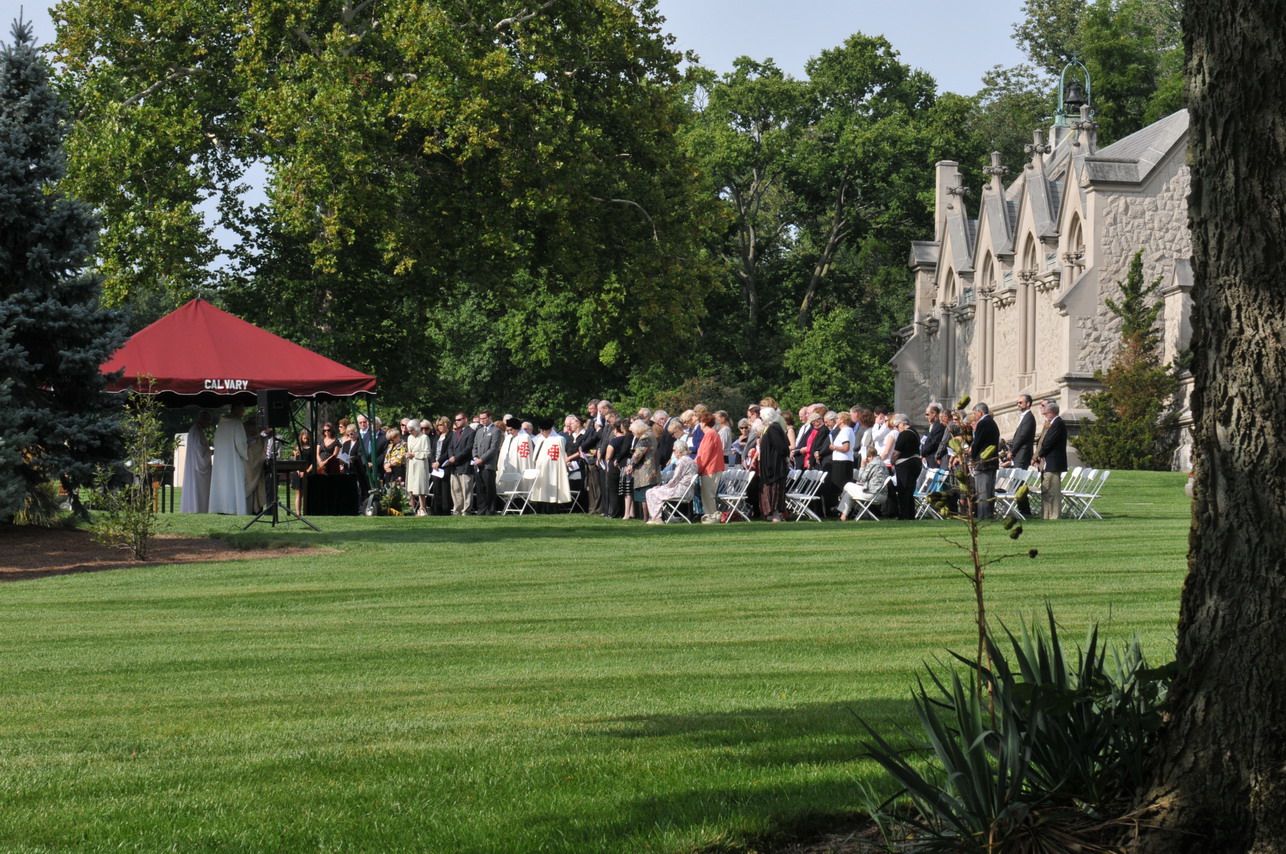